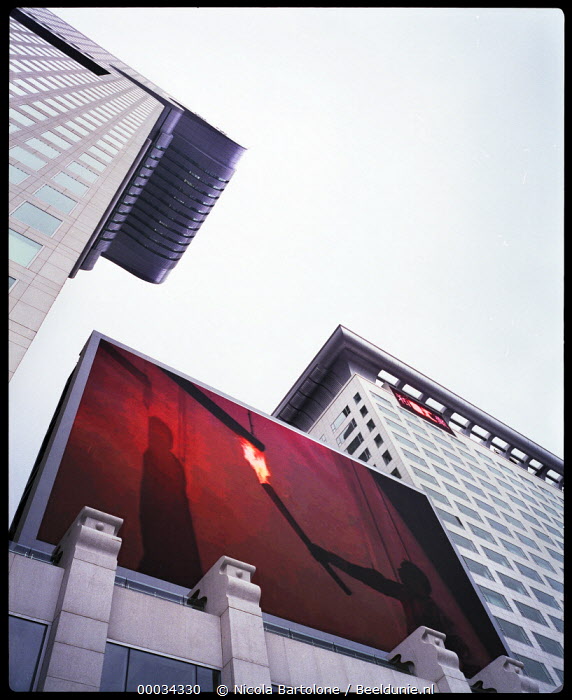 Beschrijving
China, Beijing, Juli 2009
The olympic torch alight the fire in the Olympic plate making the XXIX Olympiad opened
The chinese capital is the metropolitan hart of one of the world's oldest civilisation, nowadays is positioned in the spotlight as a dynamic center of a country destined to play, in the 21st century, the biggest role in human destiny. Being capital of the People's Republic of China, it is the nation's political, economic, cultural, educational and international trade and communication center. As one of China's largest cities has reawakened and is with a breathtaking renewal process. There is no better place to cacht the pace and contradiction of modern China.