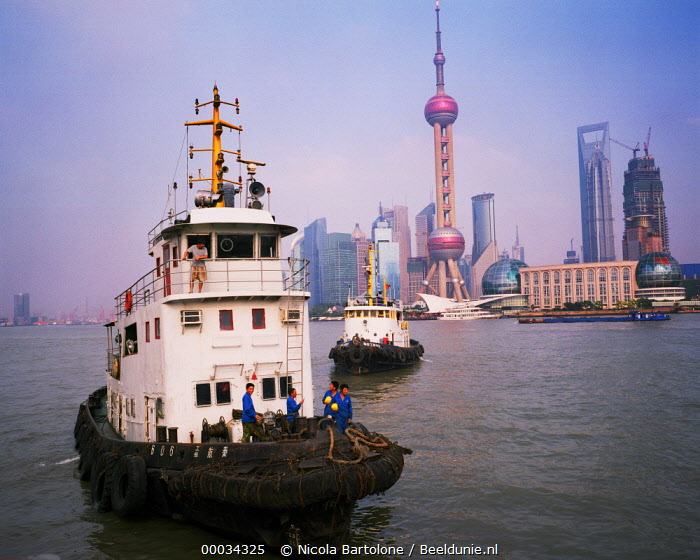 Beschrijving
China, Shanghai, August 2008
China's largest city has reawakened and is with a breathtaking renewal process. Shanghai, situated at the estuary of Yangtze River and midpoint of China's north-south coastline, is the world's third largest port and China's largest seaport. It is the only port in China connecting the country's shipping system of sea, river, and freshwater.