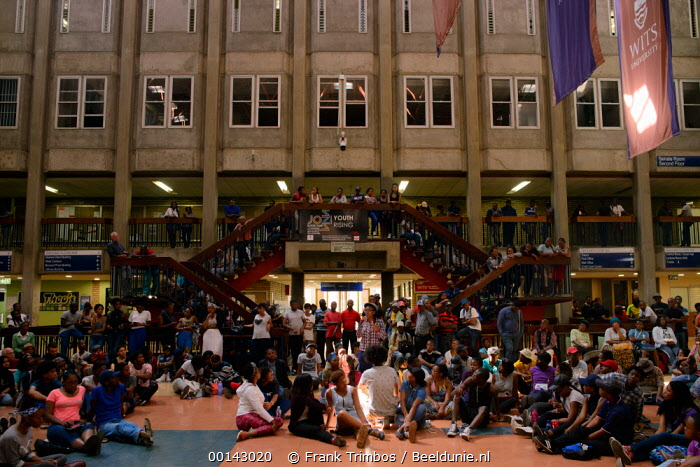 Beschrijving
04Oct2016- JOHANNESBURG- Students are gathered at the main hall of Witwatersrand University in Johannesburg and are listening to the protest leaders during the FeesMustFall protests on October 04, 2016 in Johannesburg, South Africa.