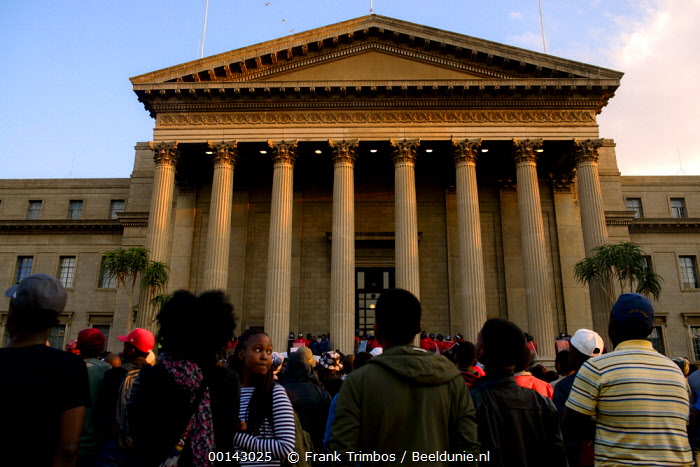 Beschrijving
04Oct2016 Students are gathered at Witwatersrand University in Johannesburg and are listening to the protest leaders during the FeesMustFall protests on October 04, 2016 in Johannesburg, South Africa.