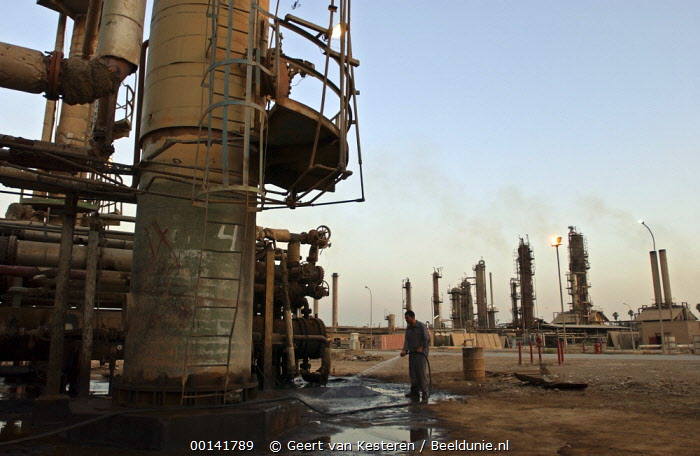 Beschrijving
IRAQ, Baghdad, 2003-05-28.
The Duarra Oil refinery in Baghdad. The Doura refinery was attacked by a mortar bombardment on December 11th, 2007. The attack caused a huge fire and destroyed nearly 40% of the refinery. The Doura refinery is located in Doura neighborhood which has been considered one of the most dangerous neighborhoods in Baghdad. The workers in the refinery are constantly facing the risk of being killed by the extremist militias, the risk they are facing is not only the fake checkpoints, but also the blasts that are taking place on the road to the refinery.