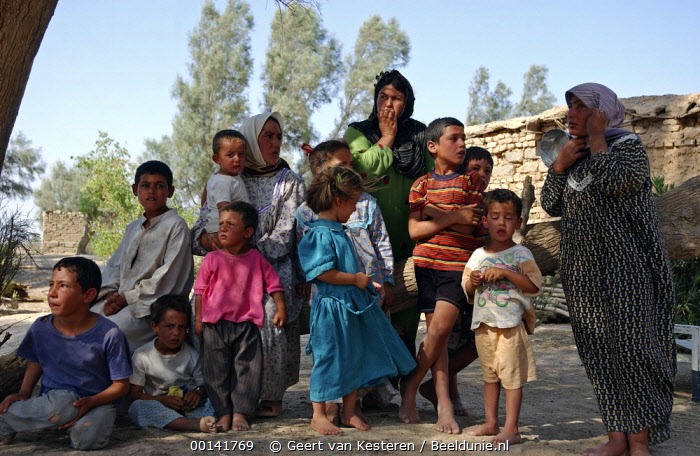 Beschrijving
IRAQ, Tikrit. 2003-08-04.
Women and children look up in fear and despair at American soldiers, while their husbands, sons or fathers are arrested.

Engineers of the 4th Infantry Division raid a farm near Tikrit. The soldiers find several weapons and a field phone. Six men were arrested and brought to an improvised prison at an US military base.